Home / News / What is the reason for the distortion of the rubber O-ring?
News
News
Contact Us

What is the reason for the distortion of the rubber O-ring?

Twisting refers to the phenomenon that the rubber O-rin […]

Twisting refers to the phenomenon that the rubber O-ring is twisted in the circumferential direction. The twisting phenomenon generally occurs in the dynamic seal state.

If the O-ring is properly assembled and used under proper conditions, it is generally not easy to roll or twist under reciprocating motion, because the contact area between the O-ring and the groove is larger than the frictional contact area on the sliding surface, and the O-ring The resistance of the circle itself can prevent distortion. The distribution of friction also tends to keep the O-ring stationary in its groove, because static friction is greater than sliding friction, and the roughness of the groove surface is generally not as good as that of the sliding surface. 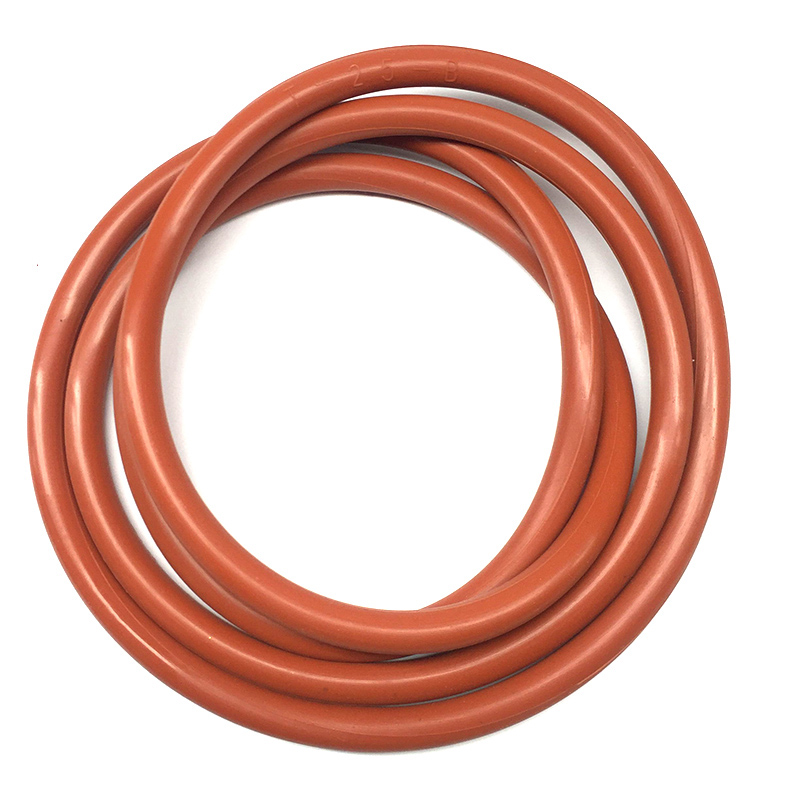 In addition, due to the concentricity deviation of the sealing groove, the unequal sealing height and the uneven cross-sectional diameter of the O-ring, one part of the O-ring may be compressed too much, and the other part may be too small or not compressed. When the groove is eccentric, that is, the coaxial deviation is greater than the compression of the O-ring, the seal will completely fail. Another disadvantage of the large deviation of the seal groove coaxiality is that the O-ring is compressed unevenly along the circumference. In addition, due to the uneven cross-sectional diameter of the O-ring, material hardness, lubricating oil film thickness, and the surface roughness of the seal shaft, one part of the O-ring slides along the working surface, and the other part rolls, resulting in Distortion of the O-ring. O-rings for sports are easily damaged due to twisting, which is an important cause of damage and leakage of the sealing device. Therefore, improving the processing precision of the sealing groove and reducing the eccentricity are important factors to ensure the reliable sealing and life of the O-ring.
The sealing ring should not be installed in a twisted state. If it is twisted during installation, the twisting damage will happen quickly. During work, the twisting phenomenon will cut off the O-ring, resulting in a large amount of oil leakage, and the cut off O-ring will be mixed with other parts of the hydraulic system, causing major accidents.

0
PREV: What is the effect of friction on O-rings?      NEXT: What are the reasons for O-ring groove damage?
CONTACT US