Home / News / What are the precautions for seal installation?
News
News
Contact Us

What are the precautions for seal installation?

Precautions for seal installation The function of the s […]

The function of the seal is to close the gap of the oil spill in the storage tank to prevent dirt, sand and other dirt from entering the storage tank. However, if it is installed or used improperly, it is easy to cause oil leakage and affect the normal operation of the machine. Causes bearing burning, gear fracture, drive shaft fracture or other serious failures.

1. Precautions for installation of skeleton self-tightening rubber oil seal
(1) Before installing the oil seal, check whether the surface of the journal is too rough or scratched, especially if there are long scars along the axial direction. If the surface of the journal is too rough, it is easy to damage the oil seal or accelerate the 1:3 wear of the lip, destroying its sealing performance. If the journal surface is damaged due to improper assembly and disassembly, the oil seal lip and journal surface will not be tightly connected, resulting in oil leakage. In the above two cases, the lathe can be round, or it can be replaced with a new shaft after re-welding the surface according to the specified journal size. If the journal has only metal burrs or flashes on the shaft head, it can be smoothed with a file to prevent the oil seal from being damaged when the oil seal is installed.
(2) Check whether the oil seal lip is damaged, cracked or corroded due to oiling. If these undesirable phenomena occur, a new oil seal should be replaced.
(3) When installing the skeleton oil seal, in order to prevent the oil seal lip 121 from being stretched, deformed or scrapped, a special installation tool should be used. If you don’t have such a tool, you can use the following method to install: first, roll on the transparent hard plastic film (usually called cellophane) in the journal, or even part of the journal, apply a little oil on the surface, and place the oil seal Into the shaft head wrapped in plastic film, slowly push the oil seal onto the journal, and then pull the plastic film out. Note: Do not install the flange in the wrong direction. Make it face the side of stored oil, trademarks and external-facing specifications. Because the lip can only be sealed in a 1:3 way, if the oil seal is reversed, it will inevitably lead to oil leakage, weakening of the sealing effect or failure. Avoid bending or hitting the surface of the oil seal, otherwise the oil seal is easily damaged.
(4) During the installation process, the oil seal (especially the lip) and the journal position should be kept clean, and be careful not to let the oil seal self-tightening spring jump out of the spring groove. If the self-tightening spring is loose, the elastic force is weakened, and it can be cut off one by one according to the situation, and the ends at both ends can be firmly connected for continued use. 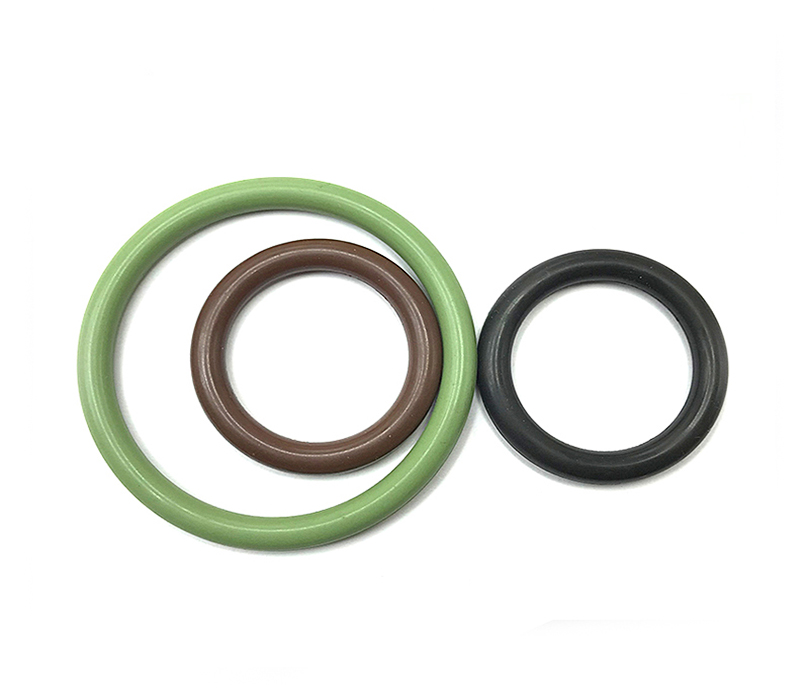 2. Precautions for installation of rubber waterstop ring
The water blocking ring of the cylinder liner is an "o"-shaped rubber sheet. The cross section is mostly circular. Compared with skeleton oil seal, it has simple structure, no skeleton and no self-tightening spring. This depends on the flexibility and elasticity of the rubber itself. Is limited. If installed improperly, a large amount of cooling water in the cover will seep into the crankcase, causing deterioration of engine oil, deterioration of lubrication quality, aggravation of engine moving parts, and even major failures, such as braid shafts. Therefore, pay attention to the following points when installing the plug:

The main research results are as follows:

0
PREV: What are the advantages of metal seals compared to traditional ones?      NEXT: What are the rubber seal inspection knowledge?
CONTACT US