Home / News / What are the major factors that affect the sealing performance of O-rings?
News
News
Contact Us

What are the major factors that affect the sealing performance of O-rings?

1. Movement speed
When the movement speed is very low (<0.03m/s), the smoothness of the equipment operation and whether there is "creeping" phenomenon should be considered. When the moving speed is very high (>0.8m/s), the lubricating oil film may be destroyed, and the oil seal will not get good lubrication and friction and heat will cause the life to be greatly reduced.
It is recommended that polyurethane or rubber-plastic oil seals work within the speed range of 0.03m/s to 0.8m/s.

2. Temperature
Low temperature will reduce the elasticity of polyurethane or rubber-plastic oil seals, causing leakage, and even the entire oil seal becomes hard and brittle. High temperature will cause the volume of the oil seal to expand and soften, resulting in a rapid increase in friction resistance of the oil seal and a decrease in pressure resistance during movement. It is recommended that the continuous working temperature range of polyurethane or rubber-plastic oil seal is -10℃～+80℃.

3. Work pressure
The oil seal has a minimum service pressure (minimum service pressure) requirement. Oil seals with low friction performance and low starting resistance must be selected for low pressure work. Below 2.5MPa, polyurethane oil seals are not suitable; when the pressure is high, the pressure deformation of the oil seal must be considered, and anti-extrusion retaining rings are required. There are also special requirements for groove processing. In addition, oil seals of different materials have different optimal working pressure ranges. The best working pressure range for polyurethane oil seal is 2.5～31.5MPa.
The effects of temperature and pressure on sealing performance are interrelated, so comprehensive consideration should be required.

4. Working medium
In addition to selecting the working medium strictly according to the manufacturer's recommendations, it is important to keep the working medium clean. The aging or contamination of the oil will not only cause the components in the system to fail, and accelerate the aging and wear of the oil seal, but also the dirt may scratch or be embedded in the oil seal, causing the seal to fail. Therefore, the oil quality and cleanliness must be checked regularly, and the oil filter or oil must be replaced according to the equipment's maintenance specifications. The air remaining in the oil in the oil cylinder will produce high temperature after high pressure compression, which will cause the oil seal to burn out and even carbonize. In order to avoid this situation, exhaust treatment should be carried out at the beginning of the hydraulic system operation. The hydraulic cylinder should also run at low pressure and slow speed for several minutes to confirm that the residual air in the oil has been drained before it can work normally.

5. Side load
Generally, a support ring must be installed on the piston to ensure that the cylinder can withstand a large load. The seal and the support ring play completely different roles, and the seal cannot replace the load of the support ring. For hydraulic cylinders with lateral force, a support ring with strong load-bearing capacity must be added (a metal ring can be used for heavy loads) to prevent leakage and abnormal wear caused by oil seals working under eccentric conditions.

6. Hydraulic shock
There are many factors that produce hydraulic shock, such as the moment when the excavator bucket suddenly hits a stone, the crane lifts or puts down a heavy object. Except for factors, for high-pressure and large-flow hydraulic systems, when the actuators (hydraulic cylinders or hydraulic motors, etc.) are reversing, if the performance of the reversing valve is not good, it is easy to produce hydraulic shock. The instantaneous high pressure generated by hydraulic shock may be several times the working pressure of the system. Such high pressure will tear the oil seal or partially squeeze it into the gap in a very short time, causing serious damage. Generally, the cylinder with hydraulic shock should be equipped with buffer ring and retaining ring on the piston rod. The buffer ring is installed in front of the oil seal to absorb most of the impact pressure, and the retaining ring prevents the oil seal from squeezing into the gap under high pressure and the root is bitten. 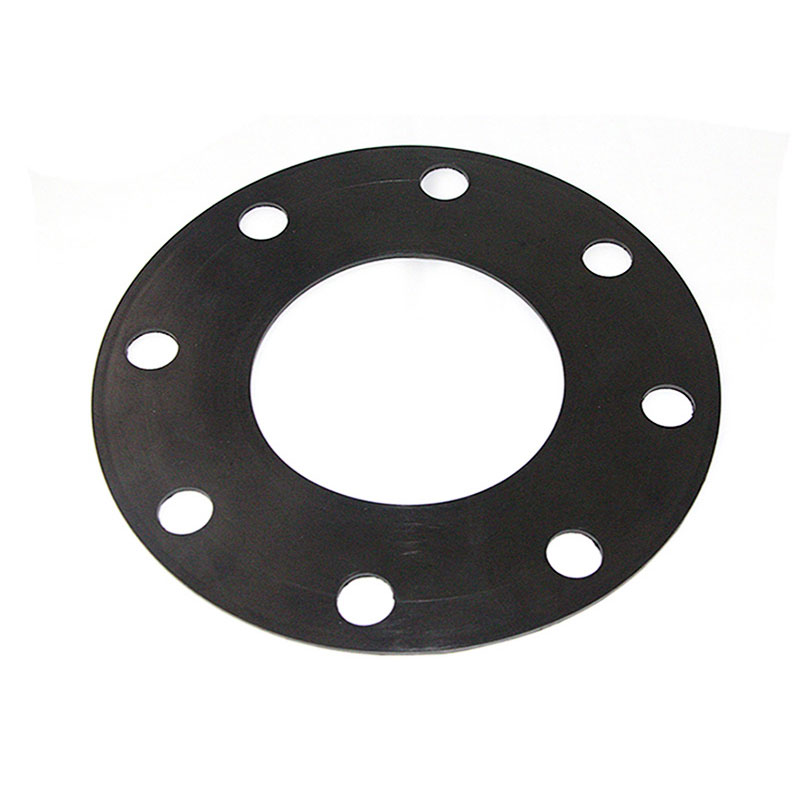 0
PREV: What are the temperature resistance of nitrile rubber seals?      NEXT: What are the properties and applications of natural rubber?
CONTACT US