Home / News / What are the introductions about fluororubber oil seals?
News
News
Contact Us

What are the introductions about fluororubber oil seals?

The fluororubber oil seal is a mechanical component use […]

The fluororubber oil seal is a mechanical component used to seal grease (oil is the most common liquid substance in the transmission system, and also generally refers to the general liquid substance). Allow oil to leak. The seals used for static seals and dynamic seals (generally reciprocating motion) are called seals. The representative form of the oil seal is the TC oil seal, which is a double-lip oil seal with a self-tightening spring fully covered by rubber. Generally speaking, the oil seal often refers to this kind of tc skeleton oil seal.

Oil seal is the customary name for general seals, which is simply the seal of lubricating oil.
Oil seals are generally divided into single type and assembled type. The assembled type is that the skeleton and lip materials can be freely combined, and are generally used for special oil seals.

From the sealing function, characteristics, structure type, working state and sealing mechanism of the oil seal, it can be divided into various forms and different names, but it is customary to call the rotary shaft lip seal ring oil seal, static seal and dynamic seal (generally reciprocating motion). ) is called a seal with a seal. The representative form of the oil seal is the TC oil seal, which is a double-lip oil seal with a self-tightening spring completely covered by rubber. Generally speaking, the oil seal often refers to this tc skeleton oil seal. The schematic diagram of the skeleton oil seal.
Commonly used materials for oil seals are: Nitrile rubber, fluorine rubber, silicone rubber, ester rubber, polyurethane, polytetrafluoroethylene, etc. When selecting the material of the oil seal, the compatibility of the material to the working medium, the adaptability to the working temperature range and the ability of the lip to follow the rotating shaft at high speed must be considered. Generally, when the oil seal is working, the temperature of its lip is 20~50℃ higher than the temperature of the working medium, so it should be paid attention to when selecting the oil seal material. 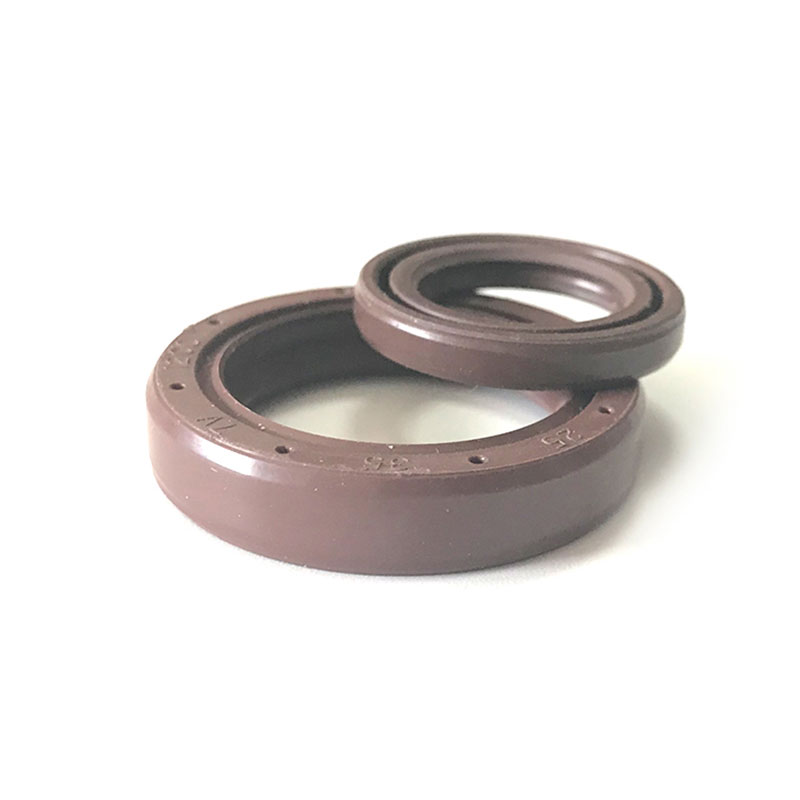 0
PREV: Do you know what the advantages of oil seals are?      NEXT: What are the characteristics of the sealing material required for oil seal production?
CONTACT US