Home / News / What are the characteristics and performance influencing factors of the surface coating of the metal seal ring?
News
News
Contact Us

What are the characteristics and performance influencing factors of the surface coating of the metal seal ring?

Metal sealing ring is a kind of sealing device used in […]

First,the characteristics of the surface coating of the metal sealing ring
1. Appearance: blue-gray to black end, metallic luster, slippery to the touch.
2. Wear resistance: The friction coefficient is very low, and the friction coefficient is 0.06 to 0.08. When used for sliding or rotating surfaces, the lower the coefficient of friction.
3. Corrosion resistance: It has strong corrosion resistance to acid, and has no effect on general acids except for nitric acid and aqua regia.
4. Anti-corrosion: A dense and firm lubricating film will be formed on the surface of the firmware. It cuts off the contact between the metal substrate and the air, so that it is not prone to rust.
5. Compression resistance: Under extremely high pressure (for example, 20000kg/c㎡), the general lubricating film has long been crushed. Form dry grinding, causing roughness or welding on the metal surface. The coating pressure was increased to 32000kg/c㎡ for testing. (This pressure has exceeded the yield point of many metals) The metal surface still does not seize or weld.
6. Thermal stability: Under normal conditions, the high temperature resistant temperature is 400℃. Moreover, the coating is at high temperature. It also has lubricating properties to prevent wear and friction of the workpiece.
7. Superior wear resistance: fatigue wear resistance, erosion wear resistance, wear resistance particle wear, adhesive wear resistance.

Second, the reasons that affect the performance of the metal sealing ring
1. Movement speed
The movement speed is very low (≤0.03/s), the smoothness of the equipment operation and whether there is crawling phenomenon should be considered. When the moving speed is very high (≥0.8m/s), the ink used for the lubrication of the device may be destroyed, and the seals will generate heat due to friction due to insufficient lubrication. The life span is greatly reduced. It is recommended that rubber and plastics conform to the seal and work within the speed range of 0.3m/s~1.2m/s.
2. Temperature
Low temperature will reduce the elasticity of rubber-plastic composite seals, causing leakage, and even the entire oil seal becomes hard and brittle. High temperature will cause the oil seal to expand and become soft, causing the friction resistance of the oil seal to increase rapidly and the pressure resistance ability to decrease during movement. It is recommended that the continuous working temperature range of rubber-plastic composite seal is -10~+80℃.
3. Work pressure
The oil seal has a minimum starting pressure requirement. Low-pressure work must use low-friction performance. Oil seal with low aerodynamic resistance. Below 2.5Mpa, rubber-plastic composite sealing is not suitable. When the pressure is high, the pressure of the seal must be considered, and there are special requirements for the groove processing of the anti-extrusion retaining ring.
4. Working medium
In addition to selecting the working medium strictly according to the manufacturer's recommendations, it is important to keep the working medium clean. The aging or contamination of the oil will not only cause the components in the system to malfunction, but also accelerate the aging and wear of the oil seal. Moreover, the stolen goods may be scratched or embedded in the seal, making the seal ineffective.
5. Side load
Generally, a support ring must be installed on the piston to ensure that the cylinder can withstand larger loads. The seal and the support ring play completely different roles, and the seal cannot replace the load of the support ring. For hydraulic cylinders with lateral force, a support ring with strong load-bearing capacity must be added (a metal ring can be used for heavy loads) to prevent leakage and abnormal wear caused by the oil seal working under eccentric conditions.
6. Hydraulic shock

There are many factors that cause hydraulic shock, such as the moment when the excavator bucket suddenly hits a stone, the crane lifts or puts down a heavy object. Except for factors, for high-pressure and large-flow hydraulic systems. When the actuator (hydraulic cylinder or hydraulic motor) changes direction, if the performance of the reversing valve is not good. It is easy to produce hydraulic shock. 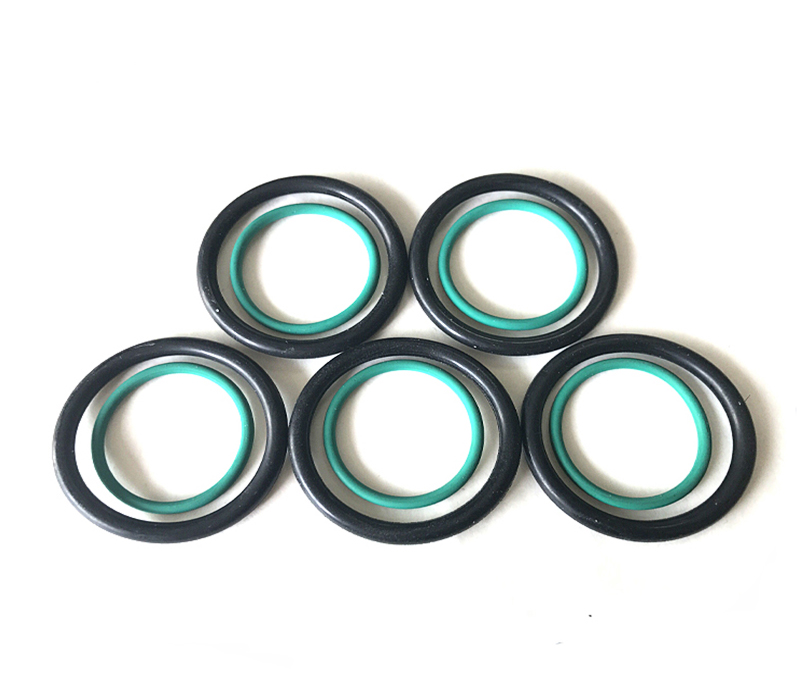 0
PREV: What are the main performance and sealing principle of the Y-type sealing ring?      NEXT: What are the forming methods and selection factors of cylinder seals?
CONTACT US