Home / News / How to correctly choose the compression ratio of the O-ring?
News
News
Contact Us

How to correctly choose the compression ratio of the O-ring?

One of them decides what equipment designers need to do […]

One of them decides what equipment designers need to do when installing O-rings in their applications? O-rings squeeze its matching hardware to form an effective seal.

What is O-ring extrusion?
Squeeze is the ratio of deformation applied to the percentage of the thickness of the cross-section expressed as a free state in the amount of sealing. The "energized" elastomer matrix of the deformed seal cross-section resembles a compression spring; the inherent elasticity of the rubber material allows it to push back against the mating component. This contact force blocks liquids, gases and dry powders, preventing them from flowing between the rubber seal and the mating hardware.
The greater the squeeze, the greater the force is applied to the hardware and the tighter the seal. However, this does not necessarily mean that designers should always specify the most crowded (assuming they know what level it is and why, this is the "most"). There are many factors to consider, including:
Hermetically sealed
As mentioned earlier, tighter sealing usually results in higher levels of squeezing. Beyond a certain level, however, other factors intervene that can work on an effective sealing, such as the stress force caused by the mating hardware.

Mating hardware stress
If the squeeze is increased, and the compression force is too much, it can potentially damage the mating hardware, depending on the material and hardware design.

Application friction and wear
A higher squeeze is also equipped with more friction and faster wear for dynamic applications. This may be enough to affect the function of the device. For example, in medical devices that involve manual adjustment, an O-ring, which generates excessive friction, may prevent the physician from using the device correctly.

O-ring is damaged
With higher squeezing, there is a higher risk, which occurs when the clamp is installed with an O-ring-creating paths for fluid or gas flow around the seal. Figure 1 and 2 show the finite element model of what happens when the O-ring is installed with 40% and 25% extrusion, respectively. This model describes the O-ring pinching and damaging the O-ring seal during assembly in a male (piston type). At the 40% level, pinching is difficult to avoid, while pinching is eliminated at the 25% level.

Compression set
The squeezed elastomer is applied to the hardware to create a sealing force, which tends to decay over time. When this force is completely attenuated, the O-ring will retain its shape even if it is no longer squeezed. Compression set is the measurement of this decay, expressed as a percentage. When the compression deformation reaches 80%, most O-rings are in danger of losing their sealing ability. It generally takes a long time for O-rings to be compressed at a higher level to reach the level of 80% compression set. Based on compression set only, then the higher level of extrusion generally translates to longer working life of O-rings.
Last word of caution
Designers need to carefully consider all these factors-in addition to other application-specific factors such as temperature and pressure of the material being sealed-they decide how many O-rings to squeeze before applying. The correct decision is to switch to the best seal over the longest O-ring life with the least damage or the O-ring itself or its matching hardware. 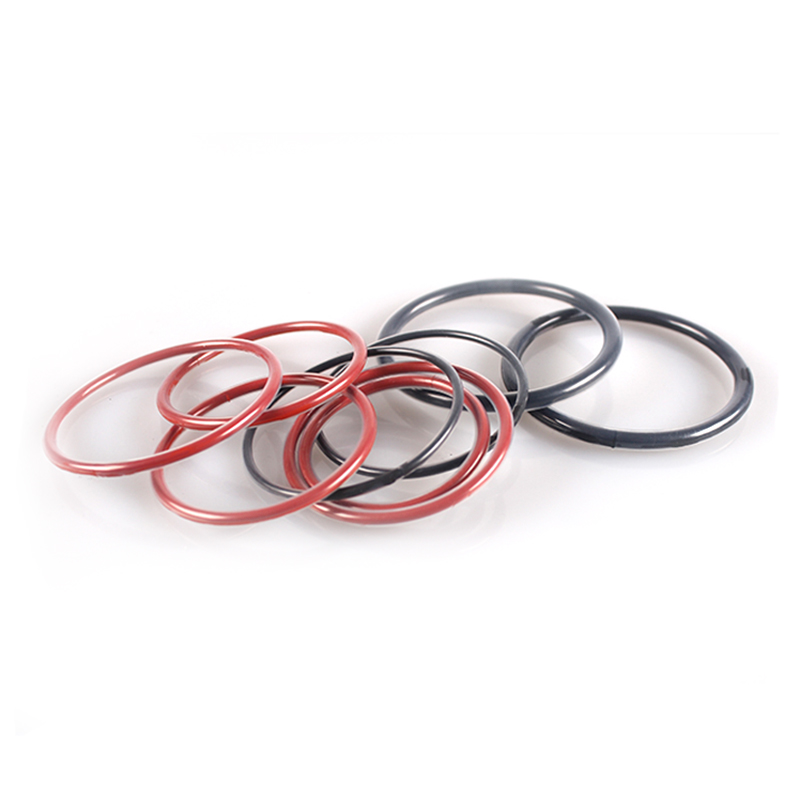 0
PREV: What factors affect the performance of O-rings?      NEXT: What is the purpose of the metal sealing ring and how to install it?
CONTACT US